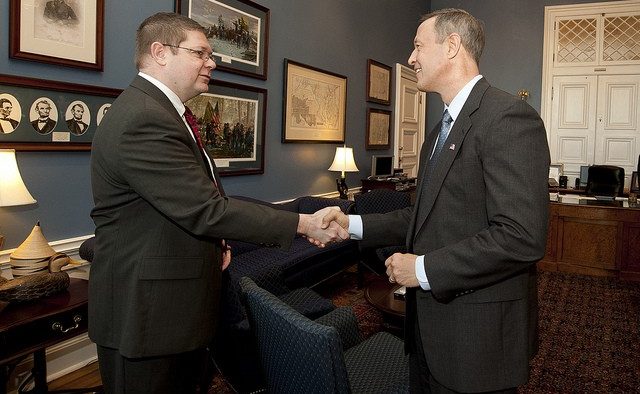 There isn’t an experienced business leader alive who doesn’t wish they could hop into a time machine, revisit their younger selves, and provide them with some wise advice — everything from inspiring ideas to cautionary tales, and of course a few doses of painful (but essential) truths.

If you’re a new leader, you naturally want to chart your own course and write your own story. However, you also know that learning from successful leaders who have gone before you is worthwhile and wise. To that end, here are some penetrating insights on leadership from three legendary CEO’s:

Whether you are an Apple fan or not, the fact remains that Steve Jobs took a failing company that most pundits predicted would end up the dustbin of history, and made it one of the most valuable and influential businesses of all times. And one of the hallmarks of Jobs’ leadership approach was to hire competent people, and then empower them to make decisions and give orders.

Warren Buffet: “It takes 20 years to build a reputation and five minutes to ruin it. If you think about that, you’ll do things differently.”

Sometimes, short-term gain can turn into long-term pain — which is what happens when leaders develop a reputation for being unethical, untrustworthy, unreliable, obnoxious, and so on. Buffet’s wise advice is to reflect on the big picture, and appreciate that every action and decision is a like a paintbrush stroke of a self-portrait. When the painting is done, you want people to join you in looking upon it with admiration.

This advice takes a little unpacking, because at first glance it might seem like Dell is advocating self-inflicted misery. However, that is not the case at all. What he and virtually all other top CEOs believe is that staying within your comfort zone can be destructive. You need to build new intellectual muscles, so-to-speak, in order to create and establish sustained success (just like Golden State Warriors’ coach Steve Kerr).

One day, your name may be among the pantheon of legendary CEOs in giant channel lettering, alongside the likes of Jobs, Gates and Dell. By keeping the above leadership advice in mind — and taking it to heart — you will head in that direction, onwards and upwards!